We talk to Joan Martorell

One year later, we reflect with the FNG team on the changes and consequences brought about by the pandemic and how the different delegations have experienced all these months.

March 2020 saw the beginning of a strict containment that paralyzed the country and was accompanied only by uncertainty and nervousness. The freight transport sector, along with other sectors, was considered an essential sector and, as a consequence, maintained activity. It bore little resemblance, however, to the activity of previous months. From one day to the next, not only the way of working changed, but also the dynamics of interaction between workers. We talked about all this with Joan Martorell from the traffic department of the Mallorca office.

To begin with, Joan tells us briefly how the day-to-day activity changed with the arrival of the pandemic.
The situation evolved as the weeks went by. At the beginning of the pandemic, there was a lot of uncertainty. As everything changed from one day to the next, I think we all got a bit scared, we didn't know what was going to happen, we couldn't leave the house, there were people who could no longer go to work, there was no one on the roads. It was a very strong impact.

Fortunately, we continued to work. As for the day-to-day at the company, everything was a continuous change, we were adapting to what the official sources were saying and adopting all the necessary security measures. The company quickly provided us with bottles of hydroalcoholic gel, gloves and masks and we began to work morning and afternoon shifts so that there would be as few people as possible working at the same time.

We discussed the challenges of shift work.
It was quite a change. Before the pandemic, we were very used to all working together and being in contact, so we worked very nimbly and if there were any problems, we solved them on the spot. With the arrival of the virus, all of a sudden, we stopped seeing each other and this brought a bit of uncertainty.

Despite this, at the operational level we were very well organized and there were no problems. Those of us who worked in the morning wrote down what we had done for our colleagues in the afternoon or called each other quickly if there were any unresolved issues or doubts. In addition, we were able to make the shifts compensated, taking into account the situation of each person and the schedules that were best for them according to their family obligations, so that we were all at ease.
In addition, at the end of the morning shift, a professional disinfection company would come in to disinfect the office completely before the next shift came in, and that gave us a lot of peace of mind.

As for the rest of the measures taken to prevent contagion among the staff, Joan tells us the following.
From minute one, we had hydroalcoholic gels, masks and gloves at our disposal, and internal protocols were created to avoid approaching and meeting in common areas.

Fewer people working at the same time, added to all the sanitary measures we were taking (and continue to take), made us feel safe to go to work in the middle of a pandemic. From the beginning I thought, "the company takes into account the health of the workers". If it hadn't been for all this, I think we would have felt much more vulnerable.

With the arrival of vaccines, I am sure that everything will improve, but I still believe that the use of masks in closed places will be a custom that will stay with us for a while, as it already happens in many other countries, just like the hydroalcoholic gel that has become part of our lives.

Highlighting the "positive" aspects or the opportunities that the pandemic has brought.
The most positive thing that this situation has brought has been the realization that the work we do is much more important than people think. Even I myself, who have been in the sector for years, this year I have given more importance than ever to transport and I think that, like me, the rest of society has been able to see it too. If things like this don't happen, you don't realize it.

We have not stopped for a single day to ensure that there was no shortage of anything in the basic necessities stores, industry, hospitals, etc., and that all the goods that were moved reached their place on time and, as a result, people have realized how important the service we offer is and how valuable it is to avoid shortages. You only have to remember what happened with the toilet paper!

When asked about the highlights he has been able to experience during these months on the job
Without a doubt, the deliveries of epis (personal protective equipment) and defibrillators that we have made. Being able to help coordinate deliveries in the early hours in hospitals, where there were health personnel desperate for masks or gloves... It's exciting to be part of something like that. 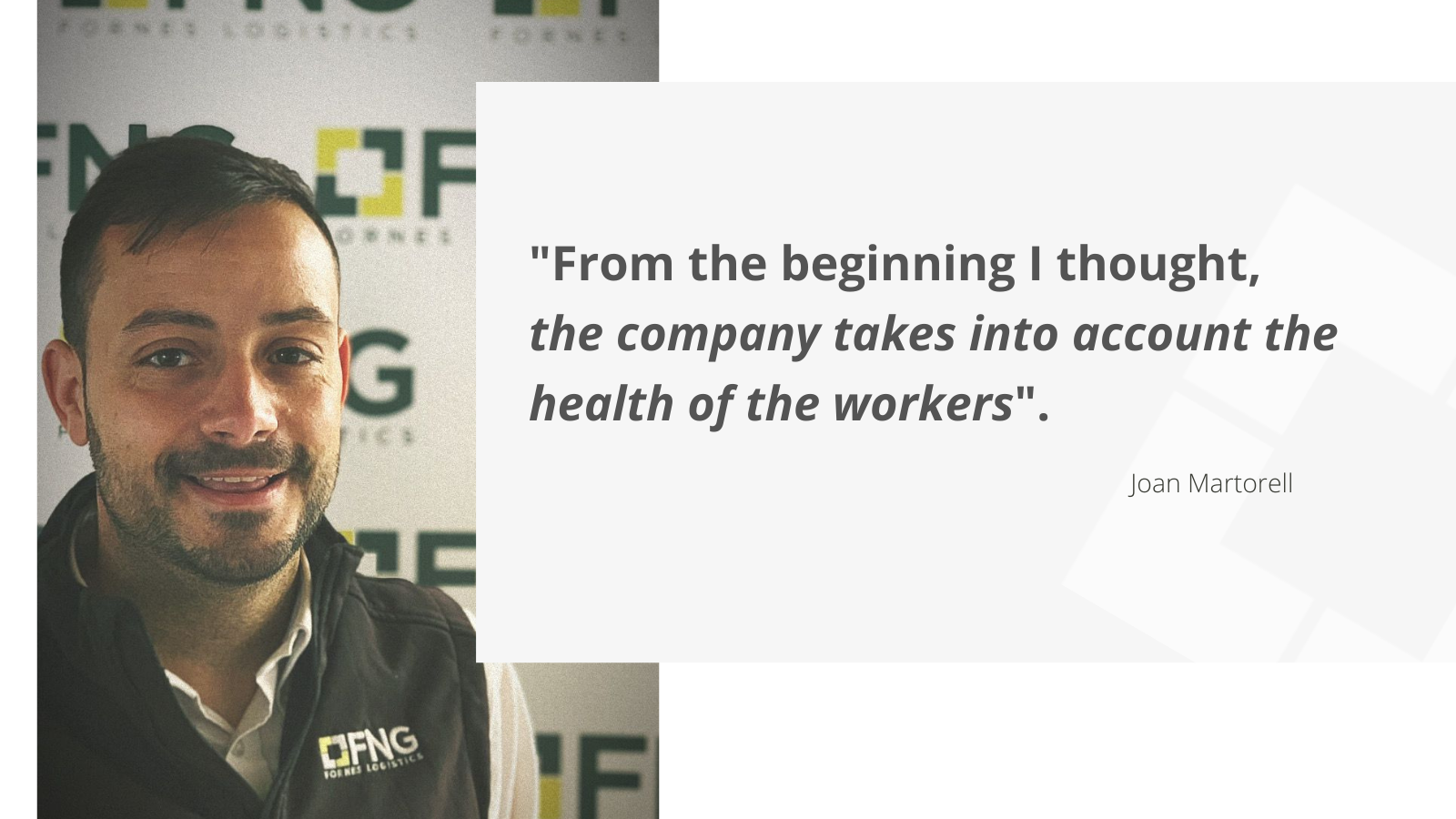